We continue the epic with matches for the title of world champion in international drafts.

In 2020, the match for the title of world champion Georgiev – Bomstra was not held. Read more in the article Match! Match! Match! …

On July 13, 2 rounds before the end (!) Of the World Cup – 2021, the decision of the FMJD Executive Council of July 10 (!) Was announced that Rul Bomstra would get the right to the match-2022 with the future world champion. World Championship

It is easy for an inexperienced reader to get confused in such a cycle of events, but we will still try to figure it out. This time the vice-champion of the world Alexander Getmansky will help us . 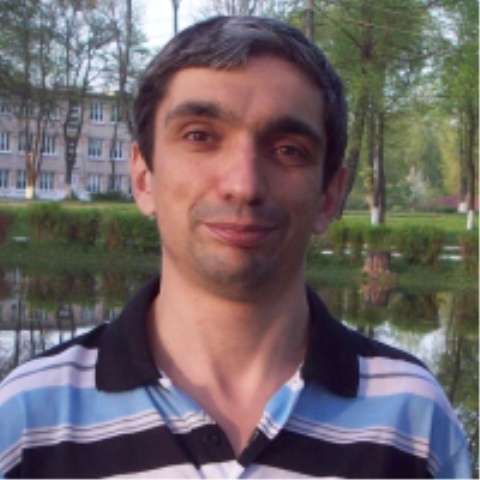 – Hello, Alexander! Once again, I congratulate you on a brilliant performance in Tallinn! Now let’s move on to the main topic. Who should play the match in this situation?

– Hello, Ivan! Thank you very much for the congratulations, which also came from you in a personal message on July 14 at 14:15 !! It was a pleasure…

According to the laws of the FMJD, in the event that the 2020 match for the title did not take place (in this particular case, it was canceled by the FMJD GA), the 1st and 2nd places of the 2021 World Championship should go to the 2022 match.

“When a world title match cannot be played, the world champion retains his title but is not eligible for a title match two years later. This title will then be transferred to the numbers 1 and 2 of the World Championship. ”

– Indeed – everything is clear and clear. But will we ever know the truth about the notorious paragraph 11? After all, he used to be, and then mysteriously disappeared!

– Indeed, the wrong file still hangs on the FMJD website; it is possible that this is only a technical error, because paragraph 11 is located at the junction of pages 119-120 and during automatic editing, key paragraphs of the law could be lost.

But the human factor is also quite possible – Guntis Valneris wrote about this in his article In the shadow of double standards back in February.

– On July 13, 2 rounds before the end (!) Of the World Championship – 2021, the decision of the FMJD Executive Council of July 10 (!) Was announced that Rul Bomstra would receive the right to the match-2022 with the future world champion. What was FMJD guided by when making this decision? Has this announcement influenced the strategy of the World Cup participants?

– I note right away : if you listen to the audio recording of the General Assembly of July 3, 2021, then even the Dutch themselves, represented by Harry Otten, at first thought that if the Alexander Georgiev – Rul Bomstra match was canceled, then the world champion of October 2019 would play with the future world champion – 2021 Mr. Alexander Georgiev! Rule Bomstr was not even mentioned there!

It was necessary for the President of the Latvian Drafts Federation Vladislavs Vesperis and a member of the Technical Committee Ljubljana Turii during the General Assembly to read out that famous law according to which, if the match for the title did not take place, the 1st and 2nd places of the new championship will converge in the future cycle. the world. This was communicated to all members of the General Assembly. Whoever wanted to hear .

Fragment of transcript of audio recording

Unfortunately, these comments were not published in the report of the General Assembly, but they refute the statement of the new president of FMJD that “the mistake of the General Assembly is that they made a decision without discussing the possible consequences.” As you can see, both Vladislavs Vesperis and Ljubljana Turiy clearly explained to everyone who wanted to listen what would happen if the match for the 2020 world title was canceled.

Alas, the FMJD Executive Council is trying to present the matter in such a way that by default the match for the title-2022 should be played in any case by Rul Bomstra (from what side ?! – A.G. ), only forgetfulness prevented this from being legally formalized at the General Assembly (interesting how?!? – A.G. ).

In general, it is noticeable to the naked eye that the FMJD Executive Council has some kind of guilt complex towards Rul Bomstroy due to the actions of the old FMJD leadership or the new FMJD leadership.

I wonder why this is ?! Why is there no such feeling of guilt before Alexander Georgiev or Guntis Valneris, namely, before Rul Bomstroy – is there ?!

Of course, the strange decision of July 10 to pay off Rul Bomstroy with the future second place raises many questions.

I think that this announcement of the decision of the FMJD Executive Council of July 10 before the penultimate, 17th round on July 13 after lunch had a negative impact, first of all, on the Dutch – after all, one of the first places in the two was practically in their pocket !!!

– How would you comment on the response of the new FMJD President Jacek Pawlicki to your request? ( in Russian I in English ). The last phrase of Jacek was especially striking: “The decision was brought to the attention of the participants of the World Championship through the publication on the notice board, and it was also read by the head referee in the playing room before the round that day. There were no protests, so the position was accepted by the players within the framework of the World Championship rules . ” What kind of protests can there be from players who are tuned in to decisive games?

– On July 21, I sent a request to the President of the FMJD, the General Secretary and the Chairman of the Technical Commission with a request to return me the right to the match-2022 in accordance with the laws of the FMJD. The response of the Technical Commission was prompt – they confirmed that the 1st and 2nd places of the 2021 World Championship should go to the 2022 match. the morning of July 27. In the afternoon of July 27, a statement by the FMJD Players’ Committee was published, where they almost unanimously agreed with the opinion of the FMJD Technical Committee that the 1st and 2nd places of the 2021 World Cup should reach the match-2022.

To be honest, at first I was very upset because of such a powerful opposition of the FMJD Executive Council – mailing to all (!!) national federations, since my rights and interests were literally “sealed” and “crucified” there. Figuratively speaking, he amiably stretched out his brush into the cage to stroke the kitty, and they bit off my whole hand!

Why was there no protest from me late in the evening of July 13th or on the night of July 14th?!?

I would like to note once again, from a purely human point of view , that this decision of the FMJD Executive Council was read out before the penultimate, 17th round on July 13 after lunch, the decisive round began early in the morning, after breakfast on July 14 – when was I to file a protest ?! Yes, and there were no thoughts of protest: yes, before the last round I was in 2nd place, but with a victory I could even become the world champion, with a draw I could have easily ended up in 4th place – and it turned out that even with a defeat I would have won ” bronze “!

My task after a slightly overwhelming in strategic terms for me victory over an extremely uncomfortable opponent – Jan Grunendijk – to survive this success before and after dinner, to try to effectively recover and tune in to the decisive round, falling asleep as soon as possible … There were no thoughts of protests at that moment …

And from a legal point of view, here lawyers have shorter and more capacious arguments – for example, the decision of the General Assembly can only be canceled by another General Assembly, no one, including the FMJD Executive Council and the players of the World Championship, has such rights, this is by law.

– What are your next steps?

Protest ( in Russian I in English )

– I hope the FMJD admits its mistake and will return you the right to the match, without waiting for a call to CAS . Given the many nuances and peculiarities of the situation, is it worth holding the Georgiev – Bomstra match in 2020?

– Thank you very much, Ivan, for your optimism! I also hope for the best, but you still need to prepare …

PS I would really like that such an unpredictable match for the title-2020, so attractive for sponsors and fans, Alexander Georgiev – Rul Bomstra still took place as soon as possible (without the winner’s rights to the match-2022), but in order to do this, you probably need to secure Latvia’s agreement that they do not object to this option, and to put this issue to the electronic voting of the federations of the FMJD members – fortunately, such an option appeared thanks to the initiative of Ljubljana Turia – the electronic voting among the FMJD members was approved by the General Assembly on July 3, 2021.

– Thanks for the interview, Alexander!

– Thank you very much, Ivan! “The match will take place in any weather”!